I’ve lived in West Virginia, Tennessee, and North Carolina and I’ll admit I knew almost nothing about Delaware before I went there recently. Since I only went for a weekend, I still know almost nothing about the state but at least I can say I’ve at least seen some of the coastal areas. Other than being known as the first official state in the United States, many Americans in general don’t seem to know much about Delaware unless you happen to live in an adjoining state.

Let’s all give a little love to Delaware and learn a bit about this state. Coming in as the second-smallest state, Delaware is 96 miles long and 39 miles at it’s widest. Delaware is flat, with the highest point a mere 442 feet above sea level. There are only three counties in Delaware and some of its most popular cities include Rehoboth Beach, Wilmington, and Dover.

When I was choosing which half marathon to run for my race in Delaware (I’m running a half marathon in all 50 states), several people suggested I run a race along the coast. I thought about running the Coastal Delaware Running Festival in April with a start and finish on the Rehoboth Beach Boardwalk, but then I found the Seashore Classic Half Marathon in May in Lewes, Delaware, just outside Rehoboth Beach. The Seashore Classic Half Marathon is a much smaller affair than the Coastal Delaware Running Festival and I really like smaller, local races. 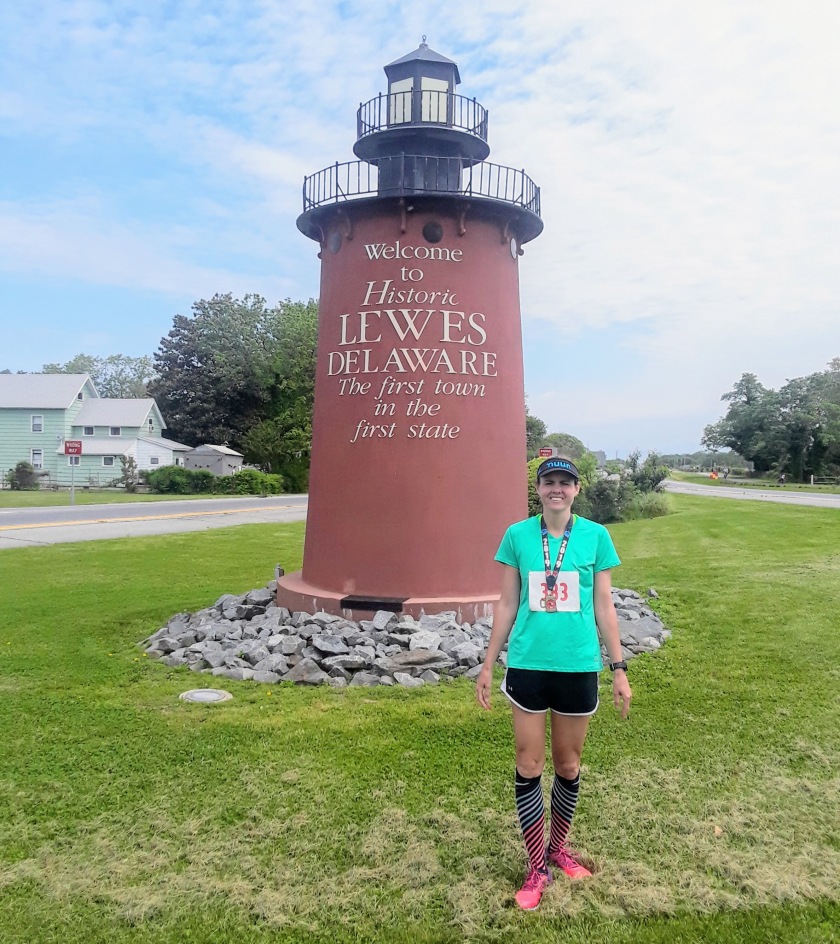 My family and I drove up to Delaware from North Carolina and stayed in Rehoboth Beach in a house through VRBO. The house was close to everything in the area and allowed us to easily check out everything. Within an hour of Rehoboth Beach, there are a ton of things to do such as visit a couple of state parks and multiple beaches, go to an amusement park or water park, rent bikes and ride along the Junction and Breakwater Trail, or visit some historical sites in Lewes, the first city in the first state in the United States.

The afternoon of the day that I ran a half marathon, we went to Cape Henlopen State Park to walk our dogs. Part of the race was through the state park and I wanted to check out some other areas that I didn’t see on the course. We paid our $10 entrance fee ($5 for Delaware residents) and drove to the Seaside Nature Center, where we quickly found out dogs were not allowed, even though this is where we were directed to go at the entrance gate (and the woman saw and commented on our two dogs in the car). 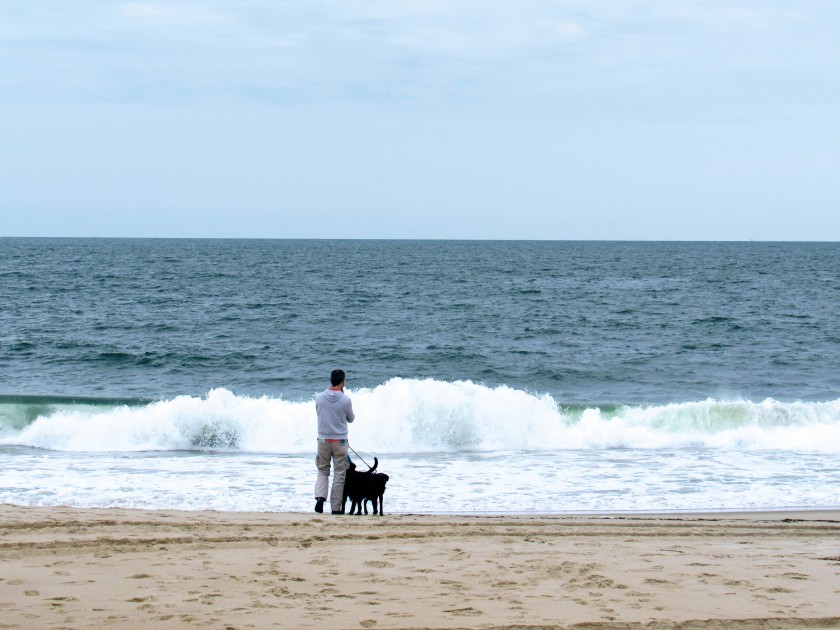 I asked inside the Nature Center exactly what areas of the park were dog-friendly, and was told basically everything south of there but nothing in that area or north of there. We decided to drive to the campground and parked just before the entrance to the campground. From there, we walked along parts of the Bike Loop, the Salt Marsh Spur, Walking Dunes Trail, and Gordons Pond Trail. We got turned around several times and had to use our GPS to figure out which way to go, especially on the Salt Marsh Spur, which wasn’t marked well. Overall, Cape Henlopen State Park is very scenic and a place I highly recommend going to if you’re in the area.

There is also a plethora of shopping and dining in the Rehoboth Beach area and surrounding cities. I’ve been told many people that live in nearby Maryland cross over the border to go to the outlet mall in Rehoboth Beach to save money. There are also local, unique shops with a wide range of products and services, especially in Lewes. As far as restaurants, we ate at Kindle, The Pickled Pig Pub, and Dogfish Head Brewings and Eats. My favorite was Dogfish Head, which only fortified my claim that breweries almost always have great or at least really good food.

As I mentioned earlier, there are multiple beaches in the area, and I would venture to say the beaches are the primary reason why people come here to visit. Lewes Beach, Rehoboth Beach, Gordon Pond Beach (within Cape Henlopen State Park), and Dewey Beach are the most popular beaches as far as I can tell. Originally the plan had been to rent stand-up paddle boards from Delmarva Board Sport Adventures after the half marathon, but that wasn’t in the cards. It looks like a fun option for kayaking or paddle boarding in the area, though.

While we managed to just get a little taste of Delaware, it turned out to be a pretty state (at least what I saw along the coast) and we had a nice time there. I do have to say that it was quite congested with traffic around Rehoboth Beach on Mother’s Day weekend, so I can only imagine how much more congested it gets during the busy summer months. The area is also pretty expensive, so be prepared for that and budget accordingly.

Have you ever been to Delaware? If so, where did you go? Do you have plans to go there?