This is part of a series of posts from my quest to run a half marathon in all 50 states. Maryland was my 33rd state.

Frederick, Maryland is located about an hour north of Washington, D.C. and about the same distance from Baltimore, Maryland. There are over 30 half marathons to choose from in Maryland throughout the year with the majority of them in Annapolis. However, I needed a half marathon in May and the 2015 Frederick Running Festival was a perfect choice. My daughter had commitments at school for surrounding weekends before and after this race. Since she and my husband have always gone to my races with me, I was lucky enough to find this race on a weekend that worked for us.

My daughter’s teacher at the time would always ask me when she would see me about my races and what race I had next. When I told her I was running this one she told me her niece was the race director. What a small world! This race was one of the best- organized races I have ever run, from packet pickup and expo to the course and volunteers and also including the finish. The Frederick Running Festival had many options for races, such as the Nut Job Challenge for people who wanted to run the 5k and the half marathon both. 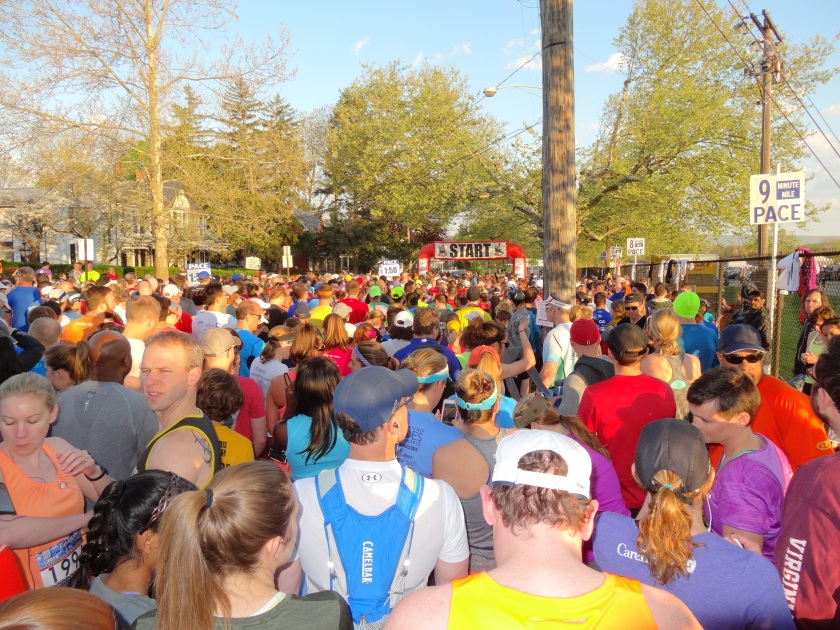 The weather on race day was perfect for racing- mid 40’s at the start and 60’s by the end so it was in the 50’s for the majority of the time of the race. People in the neighborhoods through which we ran were fantastic supporters. Many of them were out cheering us on and handing out water, oranges, candy, and one guy was handing out cups of beer! The volunteers on the course were plentiful and actually seemed like they knew what they were doing (not to bash volunteers at other races; I love them, even if they don’t know what to do).

The course was scenic and mostly flat with the only significant hill at mile 12 (not ideal). We ran through nice neighborhoods with flowering trees and flowers in bloom seemingly everywhere around us. I felt strong towards the end of the race and passed many people the last 3 miles. My finish time was 1:59:48, which was my best finish time in quite a while. I really enjoyed this race!

At the finish, there was the usual bananas, bagels, water, etc. but also runners were treated to up to two beers each. Often after a race I don’t have the energy to hang out and just want to get back to my room to take a shower and relax, but for this one I actually had my two beers and relaxed. The weather was perfect and it was a nice sunny spring day. The shirt we received was a long-sleeve technical one with thumb holes- perfect for chilly spring or fall runs. 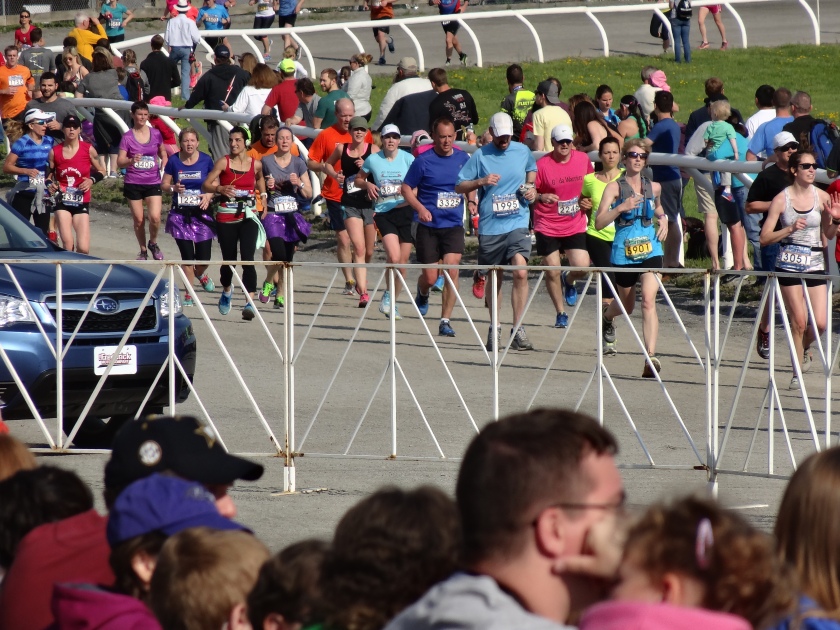 When I was looking at things to do in and around Frederick, the riots had just started going on in Baltimore. See background info here:  Baltimore riots. We were going for a long weekend the first weekend of May. The state of emergency wasn’t lifted until May 6 so we would have been there during the chaos had we chosen to go to Baltimore. We decided to go to Annapolis instead and spent one night there after the race. Given the circumstances it was definitely a smart move.

It turned out we had a great time in Annapolis and possibly enjoyed it more than we would have enjoyed Baltimore anyway. We visited the United States Naval Academy Museum and found it even more interesting than we initially thought it would be. Honestly, we just enjoyed walking around Annapolis and taking in the scenery. There are many historical buildings and unique local shops. May is a perfect time to visit as well since it’s before the heat and humidity of the area really kick in.