As you may at least partly guess from the title if you didn’t already know, I’ve had a goal for several years now to run a half marathon in all 50 states. I only had three states left before COVID-19 hit and the world pandemic began. Three stinking states. I was supposed to run my final states- New Mexico, Minnesota, and Iowa and finish on Labor Day weekend, 2020. Thanks to the pandemic, I haven’t been able to run a single race this year.

My half marathon in New Mexico was pushed back from April to November, so I suppose that could in theory still happen but I’m not holding my breath on that one. The race in Minnesota was also technically pushed back but the severe lack of communication from the race director made me never want to run that race ever. The race in Iowa was turned into a virtual race. Since my whole plan is to run a race in all 50 states, I’m not doing that one.

Believe it or not, I’m not feeling the least bit upset over the way my lack of races has panned out this year. Sure, initially I was sad and disappointed but I fully understand why these races couldn’t take place. At this point, I’ve come to the realization that like so many other things in my life, these races are completely out of my control.

Since I’ve started chasing this goal, it was a huge priority for me to run as many races as possible in a year and still spend some time in each state. I was limited both by time off at work and my budget. In the beginning that meant one state/half marathon in each season, so four races each year. When I had run all of the southern states, that mostly meant (there were one or two exceptions) I was down to running during the spring, summer, and fall because I had no desire to run a race in Minnesota or any other northern state in the winter. 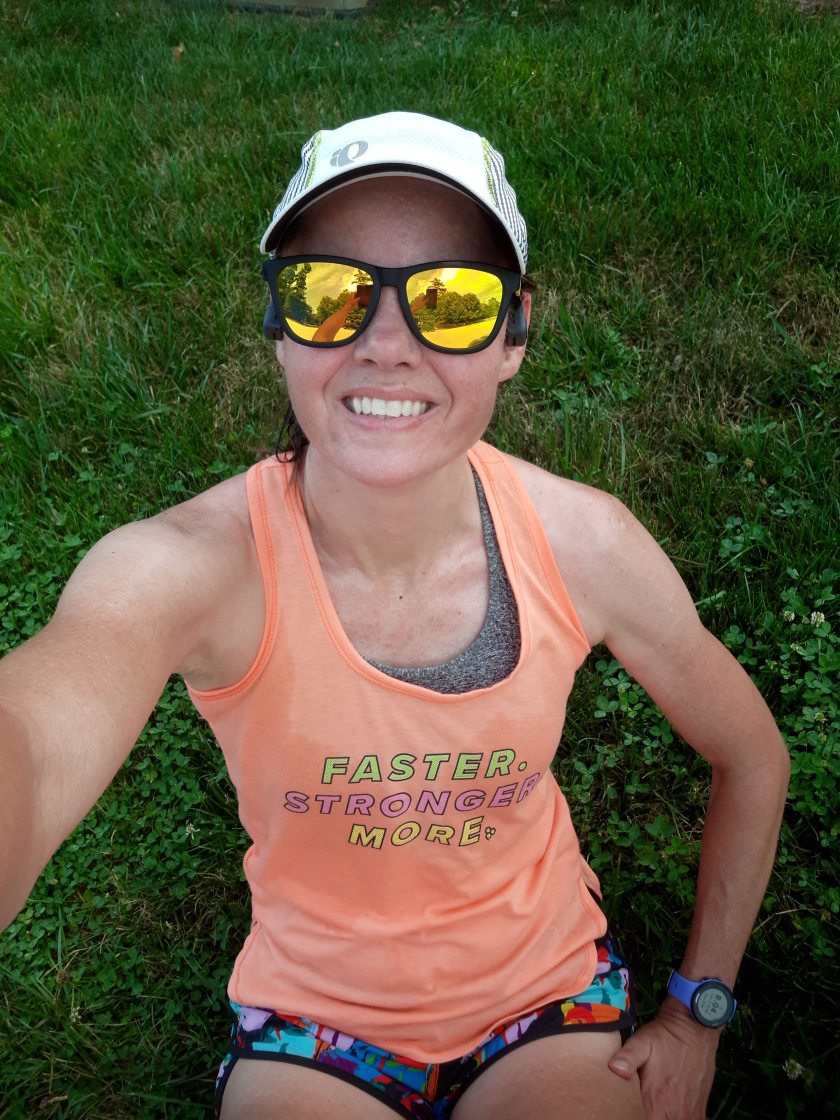 I also made sure my daughter was able to go to each race, which meant finding a race during one of her school breaks so I didn’t have to pull her out of school. So far she’s been to every race with me since she was born. That will change if I’m able to run the race in New Mexico in November because she’ll be in school then and doesn’t want to have to make up the school work since she’s in high school and the course load is pretty intense. So far the only state she hasn’t been to other than my remaining three states is Pennsylvania. That may change to New Mexico and Pennsylvania, but as I said, we’ll see.

During these past few months of the pandemic I’ve had some major life changes made by someone else, not me, and I’ve had to roll with the punches. I felt like the rug was pulled out from underneath me and it has taken time to adapt. With time things have gotten better but I still have a long ways to go.

As a result of the pandemic and the changes in my life, I feel like my goal to run a half marathon in every state has evolved into something different. Not less important because I still very much want to finish this quest and it’s still a high priority but it’s just different now. Before the pandemic I felt like one of my top priorities was to make sure I found a half marathon that would fit in with my family’s schedule and to run at least three races a year. Now, however, I don’t feel such a burning pressure for that to happen.

Even though I tried, I was unable to find a half marathon in Minnesota or Iowa during her next spring break. Rather than spend countless hours searching for a race, I used a couple of vouchers I had won from a contest with an airline and booked us seats to Oregon during her spring break. I’ll find other half marathons to run and if I have to wait a bit longer to run them, so be it.

For years I thought 2020 would be the end of my big journey but now I know that’s not going to happen. Who knows when I’ll be able to finish running a half marathon in all 50 states? I know it will happen and when it does it will be all the sweeter. The pandemic has changed me in so many ways, some bad, some good, but with regard to this goal, it has just put some things into perspective a bit for me.

What about you? How has the pandemic changed you?