Over the years I’ve been fortunate enough to visit Charleston, South Carolina many times. It’s a city I’ve grown to love as I’ve explored in an ever-expanding radius around the historic area of Charleston. I’ve been to all of the main beaches including Folly Beach, Isle of Palms, Sullivan’s Island, Edisto Beach, and Kiawah Island. Last year I went on a nature boat tour to the uninhabited island Morris Island, which I highly recommend checking out. I’ve been to numerous historical sites, but I had never been on a historical walking tour of Charleston, that is until recently.

I chose Charleston Sole Walking Tours for a historical walking tour. I’m just not a big fan of carriage rides, which seem to be over-priced and just skim the surface if you want an in-depth explanation of the architecture and history of an area. Our guide was Fin, a retired teacher, and he did a great job explaining everything along the way of our 2-hour tour that covered about a mile and a half.

Our walking tour began outside the Old Exchange Building, which I highly recommend going inside and taking a tour inside on your own sometime. Along the way we learned about Dock Street Theatre, the Old Slave Mart Museum, St. Michael’s Church, the Nathaniel Russell House garden, waterfront mansions on the Battery and Rainbow Row. We learned why Charleston is nicknamed “The Holy City” and were given an account of how President Lincoln’s “safer” decision to go to the theater instead of the battlefield in Charleston ended in his demise. In short, if you like history, Charleston is steeped in it, and this is a great way to understand some of the history behind Charleston.

I also discovered a new area of Charleston, Awendaw, just north of Charleston, and a short drive from Mount Pleasant, where I’ve stayed many times. I was with a group of people so we needed to rent a large house, and the one I found in Awendaw was perfect for us. I bring this up because had we not stayed in Awendaw, I might not have learned about The Center for Birds of Prey.

We chose the guided tour and flight demonstration at The Center for Birds of Prey, but they also offer private educational programs, an annual musical event called Bird Songs, an annual gala, and an annual birding festival. The guided tour was led by a volunteer who said she had been volunteering her time there for the past 18 years, and she was obviously very passionate about the center. Almost all (I’ll explain this later) of the birds at the center are ones that were rescued either because they were injured or had imprinted on humans and thus were unable to function in the wild. 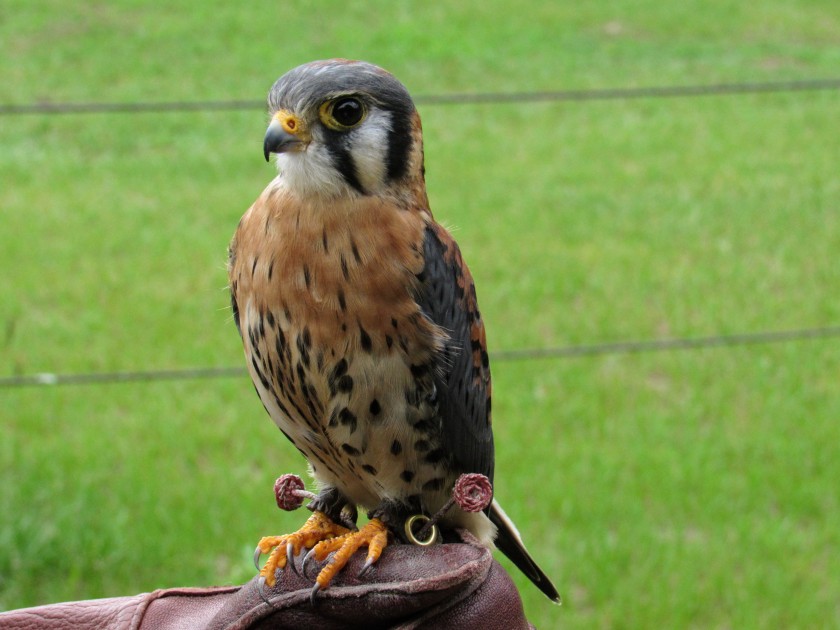 Following our guided tour at The Center for Birds of Prey, we watched a flight demonstration in a huge open field that included hawks, falcons, owls, eagles, and vultures as the stars of the show. We learned about the birds’ hunting and flying techniques and watched in awe as a kite, a bird I wasn’t previously aware of, flew around without landing for the duration. Apparently kite birds can regularly fly all day without landing, soaring and gliding in thermals in search of food, eating dragonflies in mid-air. 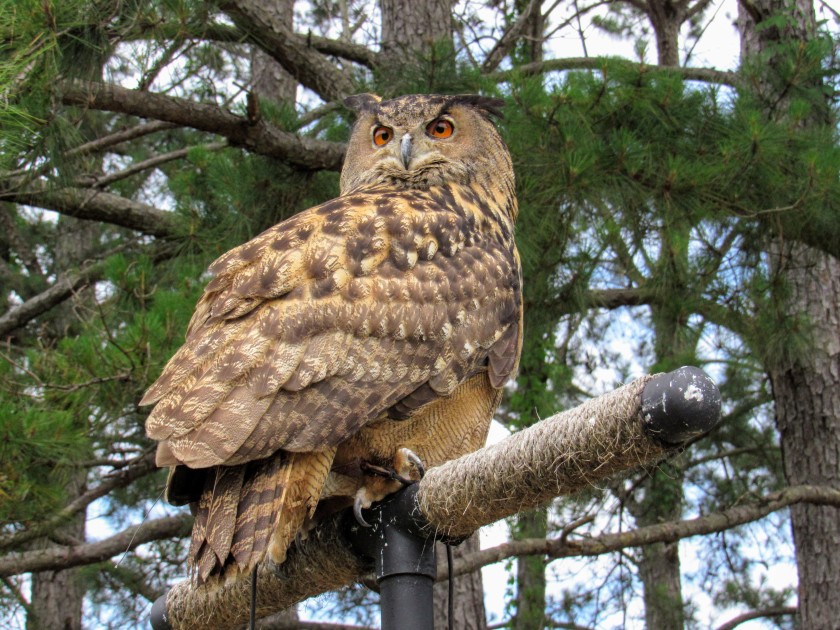 The grounds are designed as a campus where visitors follow paths accentuated with aviaries housing more than 30 species of birds of prey. Although we would have liked to have spent more time exploring the grounds after our tour and flight demonstration (and checking out the baby owls), we were ready for lunch, so we decided to cut our self-led tour of the grounds short. We booked the morning tour, thinking it would be a bit cooler, but had we booked the afternoon tour, we probably would have stayed a bit longer to check out the grounds. There are tours every Thursday, Friday, and Saturday at 10:30 am and 2 pm. The Center for Birds of Prey is only about a 30 minute drive from downtown Charleston, so if you’re in Charleston, it’s easy to get to, and I highly recommend going here.

I was happy to get to see and do some new things on this visit to Charleston. It’s a city I never tire of, given all of the options here. In addition to going on the historical walking tour and The Center for Birds of Prey, I also went to the beach, the historical market, and ate at some outstanding restaurants, so I blended some of my old favorites with some new places.

Is there a place you find yourself returning to year after year for vacations? What do you love about the place? Do you discover new places every time you go or stick to the “tried and true”?

4 thoughts on “A Bit of History and Nature in Charleston, South Carolina- Charleston Sole Walking Tour and The Center for Birds of Prey”