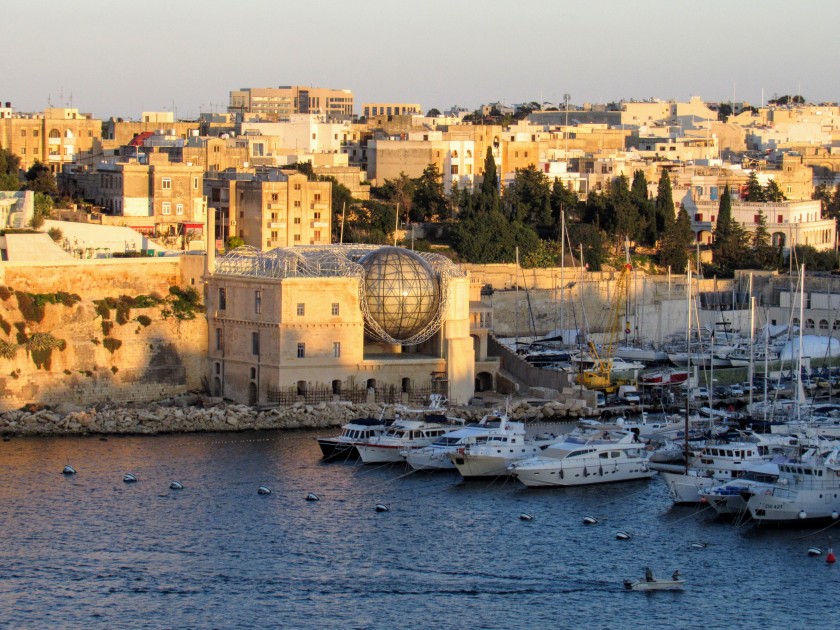 Continuing with our historical tour of Malta, we began with the Inquisitor’s Palace. This unused (at the time) palace was offered as a residence to an inquisitor in 1574 and is the only inquisitor’s place open to the public in the world so it’s a rare opportunity to be able to tour such a place. Although it’s sad to think about what went on here, especially when you see the prison and torture areas, it is a part of history that can’t be forgotten.

It was getting late in the evening when we toured Fort St. Angelo so we got to see views of the harbour at dusk from the top of the fort, which was nice. There really isn’t much to see at the fort other than take in some stunning views of the area but the views are some of the best in the Harbour Area. While it’s not the biggest, oldest, or strongest fort in Malta, it is said that who ever controlled Fort St. Angelo controlled Malta. To me, that’s one powerful fort. 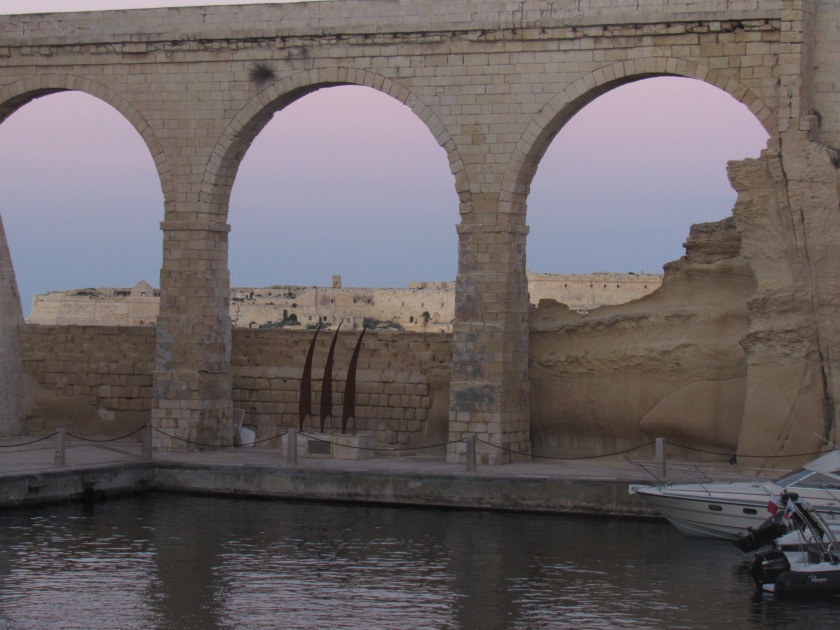 The Tarxien Temples turned out to be some of my favorite temples on Malta. Built between 3600 and 2500 B.C., they were re-used between 2400 and 1500 B.C. and are four megalithic structures. I really liked being able to walk around and get up close to these temples and see the prehistoric artwork unique to these temples. The temples contain highly decorated stone blocks and screens, reliefs of domestic animals and spirals, the colossal statue and a number of altars, one of which contained a flint knife and animal bones.

We tried to visit a dog rescue place, Island Sanctuary in this area but were turned away, since visitors are only admitted on Sundays from 9 to 12 and it was not a Sunday when we went. There was also a sign on the gate that said dog walks were cancelled until further notice. I had checked the website earlier and it seemed like there was a possibility we would be allowed in so I thought it was worth trying. It was a shame we weren’t allowed to go in and walk one or more of the dogs because I was looking forward to it. When we visited Best Friends Animal Sanctuary in Utah and took one of the puppies on a walk with us and back to our cottage there for the night, we loved it. We were told there weren’t enough volunteers at Island Sanctuary for visitors other than the scant hours available. If you go, make sure you call in advance.

Like the rest of Malta, the harbour area did not disappoint. I loved this area for all it had to offer and couldn’t wait to see more of this beautiful island.

6 thoughts on “Harbour Area of Malta- A Palace, a Fort, and Temples”