Although I’m American, I thought the title sounded a bit more clever written that way. Are Americans the only group of people who use the term “vacation?” Anyway, last year I spent Thanksgiving in beautiful San Diego, which you can read about here, here, and here. Even though I wasn’t visiting family in San Diego, my husband and daughter were with me, so I wasn’t spending the American holiday by myself. We found a restaurant that was serving a traditional Thanksgiving dinner of turkey, mashed potatoes, and gravy. Honestly, spending our holiday in San Diego was even better than I thought it would be, but then again I absolutely love San Diego.

We’ve spent a few Thanksgivings away from home and extended family, so this wasn’t the first year for that, not to travel to see family but to travel for half marathons. This year, I spent my Thanksgiving in Malta. That was the first time I was in another country during an American holiday. We had Chinese food for dinner on Thanksgiving although we could have had just about anything we wanted other than a traditional turkey dinner.

My husband, daughter, and I have also traveled during Easter. I was running a half marathon in Eugene, Oregon the weekend of Easter recently, so my daughter joined an Easter egg hunt in Eugene. The Easter bunny also brought along her treats and placed them in the container for the ice machine from the hotel. We had loads of fun hiking around Bend, Oregon after we left Eugene.

We’ve also been on vacation during more minor holidays like the 4th of July. We were in Montana during Independence Day one year and just completely missed all fireworks and everything. It wasn’t a big deal, though. One year we spent Valentine’s Day in Atlanta, Georgia when I ran the utterly miserable Run the Reagan Half Marathon. It wasn’t exactly a romantic way to spend the day but my husband and I made the most of it. We were in Virginia Beach, Virginia during St. Patrick’s Day when I ran the half marathon portion of the Shamrock Marathon, which was pretty fun. We didn’t drink green beer or party since the race was the following morning after St. Patrick’s Day, but it was still a fun atmosphere to be in.

There are of course some downsides to traveling during major holidays. Hotels in the Caribbean and airfare to/from there will be more expensive during the weeks of Christmas and New Year’s. In fact, travel to many destinations costs more during Christmas and New Year’s. I’ve found for many other destinations, however, prices even in the United States aren’t any higher during Thanksgiving or Easter. There may be less places open or less availability, though (i.e. restaurants may be closed, hotels may be fully booked).

Many people also look at being away from extended family during Thanksgiving, Christmas, and Easter as a down-side. My extended family is so far away and in colder climates, my husband, daughter, and I usually only see them during the warmer months anyway. For us, it’s not worth risking our lives getting in a car accident on slippery snowy or icy roads to see them on Christmas day. We hope they understand.

Overall, I have enjoyed traveling during holidays and think it’s been a good thing. It’s fun to experience how people from different parts of the country celebrate the holidays. For instance, I really enjoyed the Christmas decorations all over San Diego and Malta. Seeing Christmas decorations in beach areas is very different from seeing the same ones every year where I live. 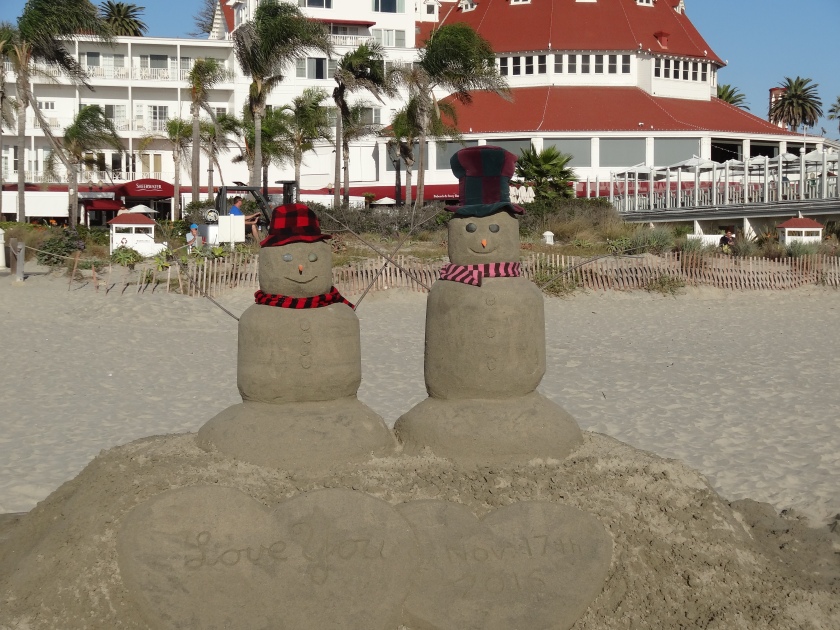 If I were a solo traveler, I’m not sure if I would feel the same way about traveling during holidays and being away from my family. That’s hard to say, though without going through it first-hand.

How do you all feel about traveling and being away from extended family members during major holidays? Do you always spend the holidays with family and couldn’t imagine not being with them for the holidays? I’d love to hear what you all think about this!