This is part of a series of posts from my quest to run a half marathon in all 50 states. Colorado was my 37th state.

I don’t know anyone from a lower elevation who would set out to run a race in Colorado with the intention of setting a PR (personal record). Running at a higher elevation decreases the amount of oxygen that gets to muscles. Low atmospheric pressure makes the blood less oxygen-rich as it goes to the muscles. Quite simply, your heart has to work harder and it is more difficult just to get your breath at a higher elevation. After much debate and consideration I signed up for the 2016 Boulder Rez Half Marathon.

I researched elevations of cities in Colorado with half marathons (some of them are no joke!) and with an elevation of 5,430 feet Boulder is one of the lower ones. I ran the Spearfish Canyon Half Marathon, South Dakota- 34th state, which is about 5,000 feet above sea level, so I thought I would be alright. I wasn’t considering the fact that Spearfish Canyon was a downhill course and Boulder Rez is not; apparently that made a huge difference as I would find out first-hand. 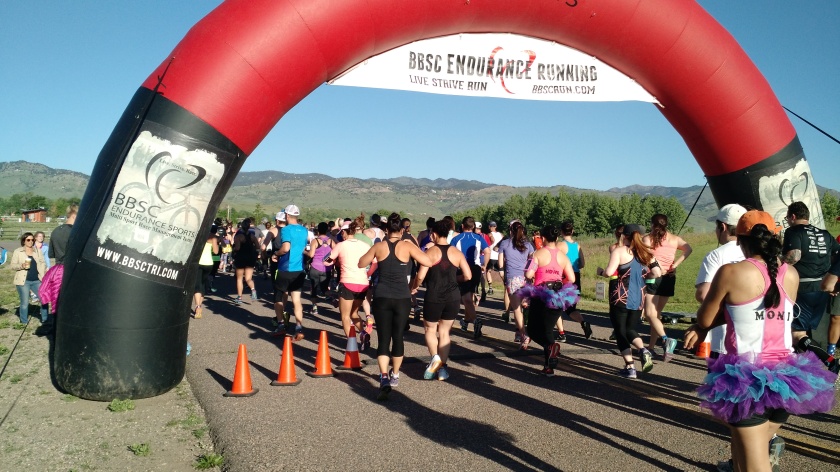 Packet pickup was the usual only my bag included some unique things like a book- “Oola. Find Balance in an Unbalanced World.” I also received a full box of cereal and two small sample sized boxes of cereal (Mighty Flakes, made from beans) among the other usual free samples and coupons. The shirt was a nice technical short-sleeve fitted gender-specific-sized. 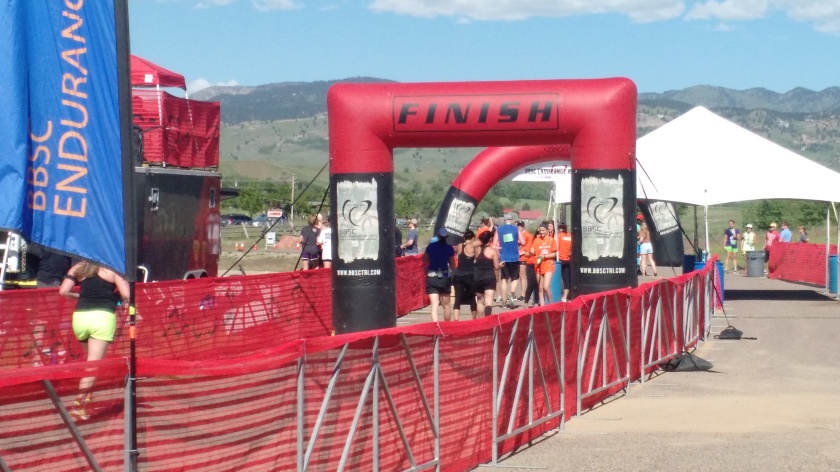 The course itself was not what I expected. The info I read said, “This amazing run course around the Boulder Reservoir is astonishing and remains mostly on dirt roads and trails! The course is flat with only 200 feet of elevation gain, and will take you across the Boulder Reservoir and around some beautiful views of the Rocky Mountains.” I guess when you’re at a higher elevation, 200 feet of elevation gain feels more like 500 feet. Or maybe it was just me.

This was one of my toughest half marathons to date. The hilly courses in Tennessee, Maine, and Oregon, just to name a few, were absolutely nothing like this course. I felt tired after running only 2 miles. I also felt nauseous around mile 5 or 6 which I can only attribute to the altitude and I had to really focus just to keep it together.

The course was 2 laps around the Boulder Reservoir. When I signed up for the race and saw it was around the reservoir I thought it would be relatively flat but I was wrong. I would say the course was full of rolling hills. They weren’t that steep or long but were definitely hills. That combined with the heat and elevation made for one challenging course for me.

It was around 60 degrees at the 7:15 a.m. start and quickly heated up so that it was in the 70’s within the hour. There wasn’t a cloud in the sky, only a slight breeze, and of course no shade. The views of the mountains and the water along the course were amazing and definitely helped to keep me motivated. There was no crowd support except at the start/finish area. There were plenty of volunteers and water stations along the course however.

I was never so happy to see a finish line in sight! Food at the finish included bagels, hard boiled eggs, oranges, cereal bars, yogurt, and beer. The medals were huge! We also got a free race photo to download. My finish time was one of my slowest of recent races (and certainly of the races where I wasn’t anemic) but as I said, this was one race I was just thrilled to finish, 2:13:17. 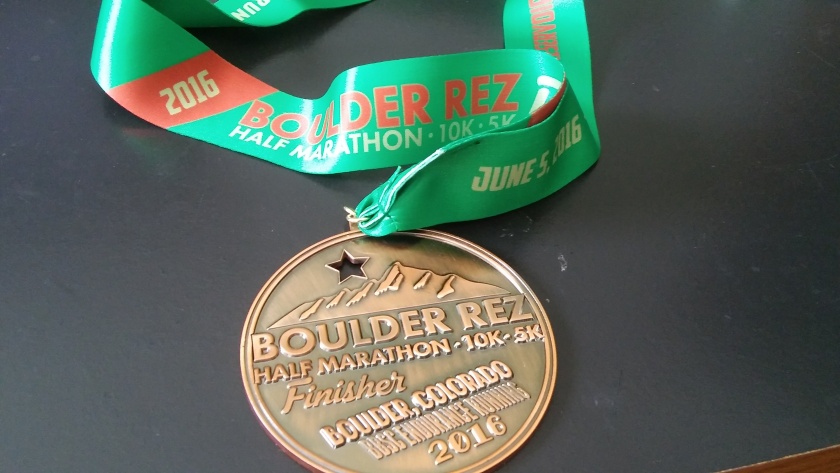